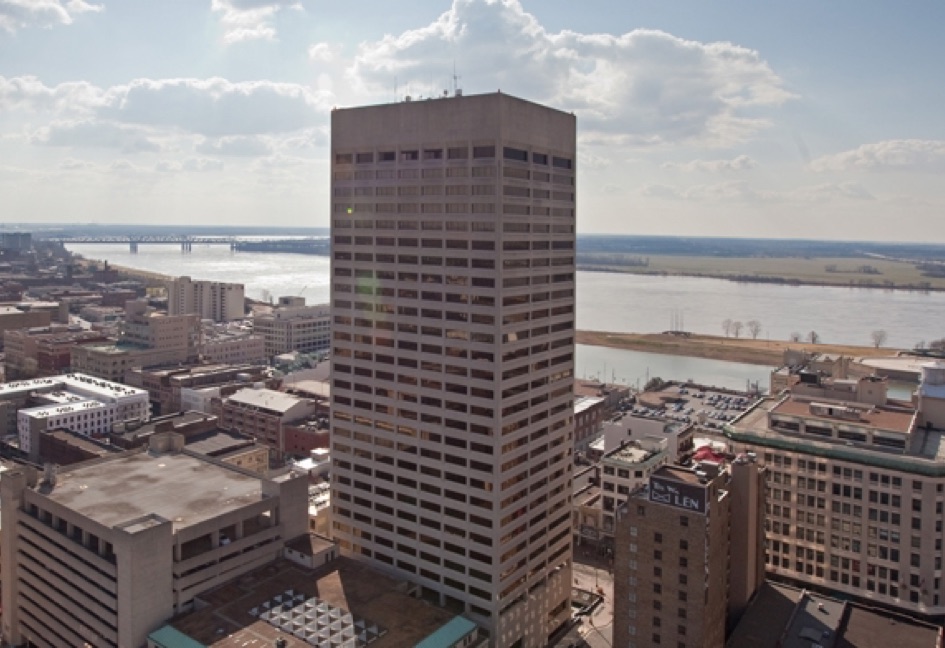 Standing at 29 stories, One Commerce Square is one of the most eye-catching features of the Downtown Memphis skyline. The 465,000-square-foot office building was completed in 1972, which included preserving a bank lobby originally built in 1929. In its early years, the skyscraper’s flexible space and amenities attracted a wide range of commercial offices, bringing an energy that invigorated activity in the center of Downtown.

Hoping to revive the building to the central business destination that it once was, DSG facilitated a $7.6 million acquisition of this Memphis landmark and managed its $20 million renovation in 2011.

DSG managed updates and modernizations to all major building systems. It became the first office tower in Downtown Memphis to receive LEED certification. Other upgrades were made to the building’s garage, concourse auditorium, lobby aesthetics, elevators and facade.

Most significantly, DSG led successful negotiations to secure a long-term anchor tenant. Upon completion, tenant occupancy had more than doubled, topping 80% in its first year.