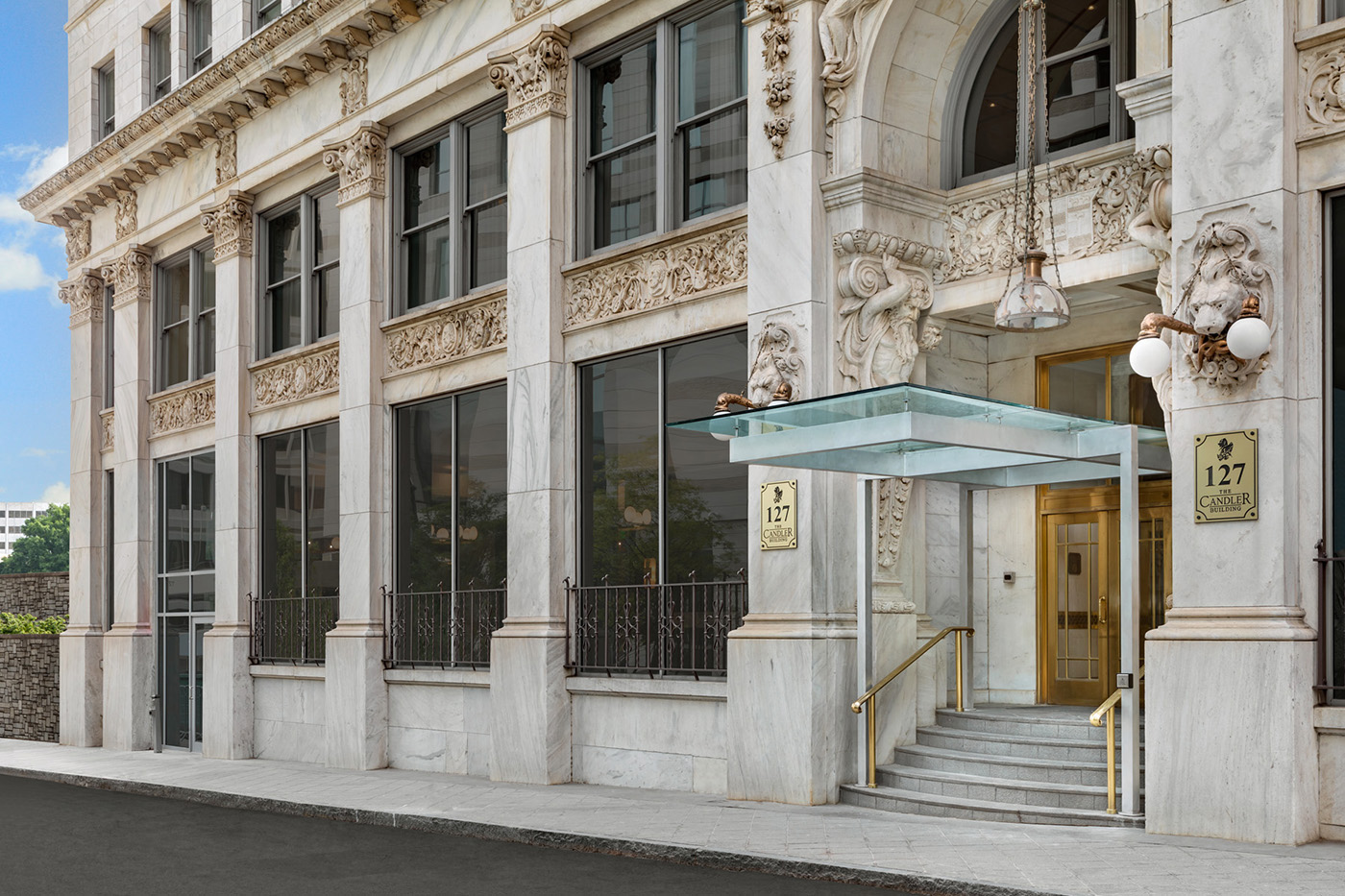 The Candler Building was built in 1906 by the co-founder of The Coca-Cola Company, Asa Candler. It sat on the former site of the First Methodist Church, one of the oldest churches in Atlanta. Now listed on the National Register of Historic Places, the 17-story building once stood as the tallest building in Atlanta and was the city’s first steel skyscraper. In addition to housing the original headquarters of Coca-Cola, the building also served as the headquarters of Central Bank and Trust, which was also founded by Candler.

DSG converted the Downtown Atlanta office building into a 265-luxury room hotel, operated by the Curio Collection by Hilton. Thoughtful historic preservation measures were present through every phase of this adaptive reuse project, from the Georgia-white marble grand staircase to the original Tiffany & Co. windows and to the terracotta busts of famous historical figures. The ornate, Beaux-Arts details of the facade were kept intact, and its original cornerstone still reads "Candler Investment Co. 1904 Geo. E. Murphy Architect.”

The Art Deco glamour of the interior is an homage to the Candler’s rich history and Atlanta’s heritage and authenticity. The hotel also includes a French restaurant and bar in the former bank, along with 6,000 square feet of event function space. The project was partly financed by $10 million in state historic rehabilitation tax credits from the state of Georgia.