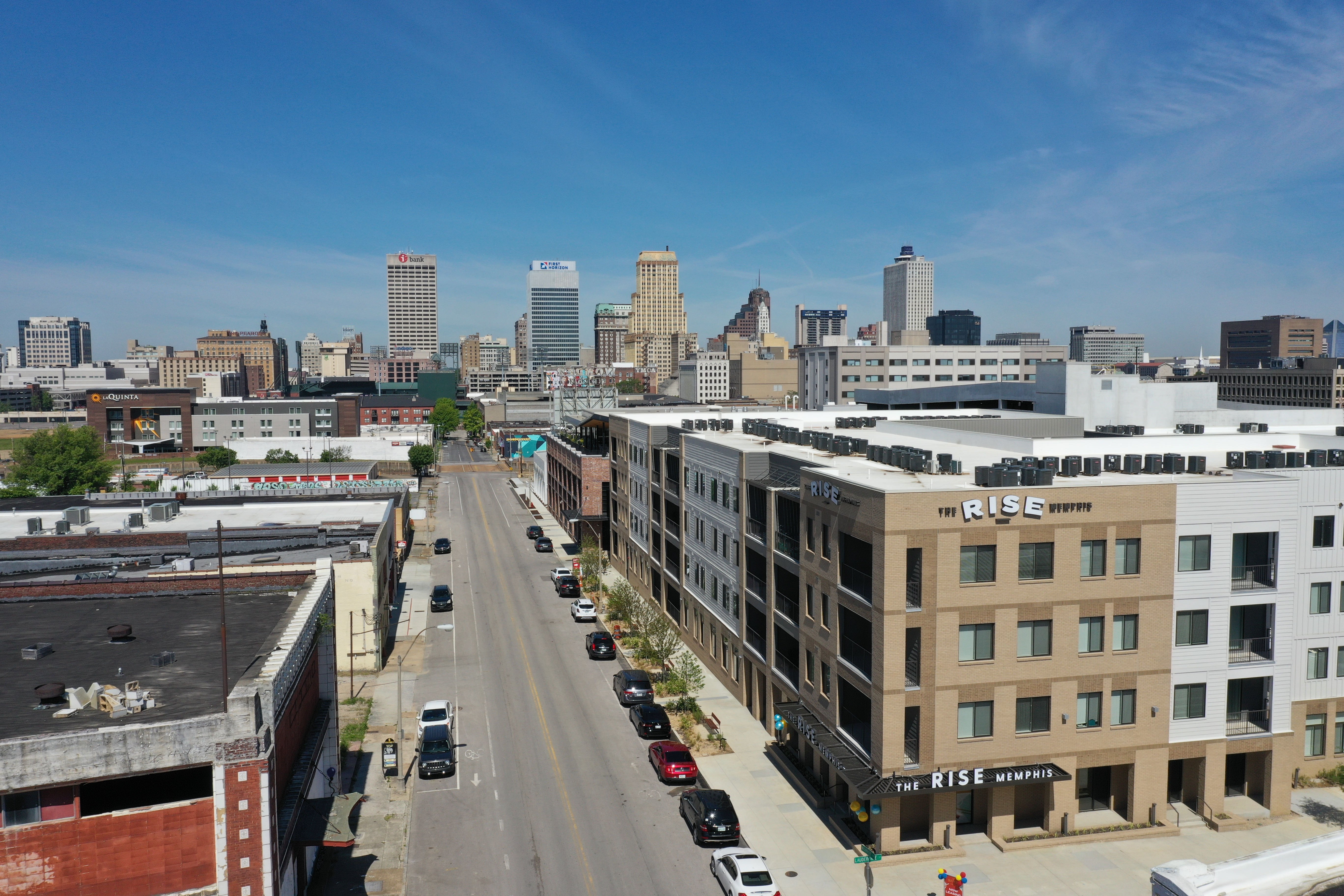 Neighborhood revitalization bringing visitors from near and far.

This Downtown Memphis neighborhood was once known as “Auto Row,” a bustling center for car dealerships and repair shops in the mid-20th century. Fast forward 50 years later, and the Edge District was a blighted pocket of Downtown with abandoned facilities and minimal foot traffic.

Committed to reviving the neighborhood, DSG served as the master developer for several adaptive reuse projects throughout the Edge District. Envisioning a walkable neighborhood for Memphians to live, work and play, the firm redeveloped properties with mixed-use capabilities.

Projects included new headquarters for local businesses Orion Federal Credit Union and LEO Events, The Rise luxury apartments and a brewery and tap room for Memphis Made Brewing. Orion’s show-stopping offices previously operated as a Wonder Bread Factory, and the project preserved several original structures, while many reclaimed pieces were upcycled for decor and other unique building features. DSG also purchased the Cycle Shop, once home to a Cadillac dealership, to redevelop it into a flexible, mixed-use facility for leased office spaces, retailers and dining establishments.

Another unique addition to the neighborhood – and the city of Memphis – is The Ravine, an urban park located behind the former site of a glass factory. This multi-phased project is a linear greenspace offering flexibility for a multitude of activities such as a retail plaza for micro-retail establishments, landscaping for outdoor recreation, a playground and splash pad for children, and an event plaza for gathering and outdoor performances.

A firm believer of the neighborhood’s potential, DSG directly invested millions of dollars and coordinated with the city and the Downtown Memphis Commission to secure additional grants to drive these ambitious efforts.