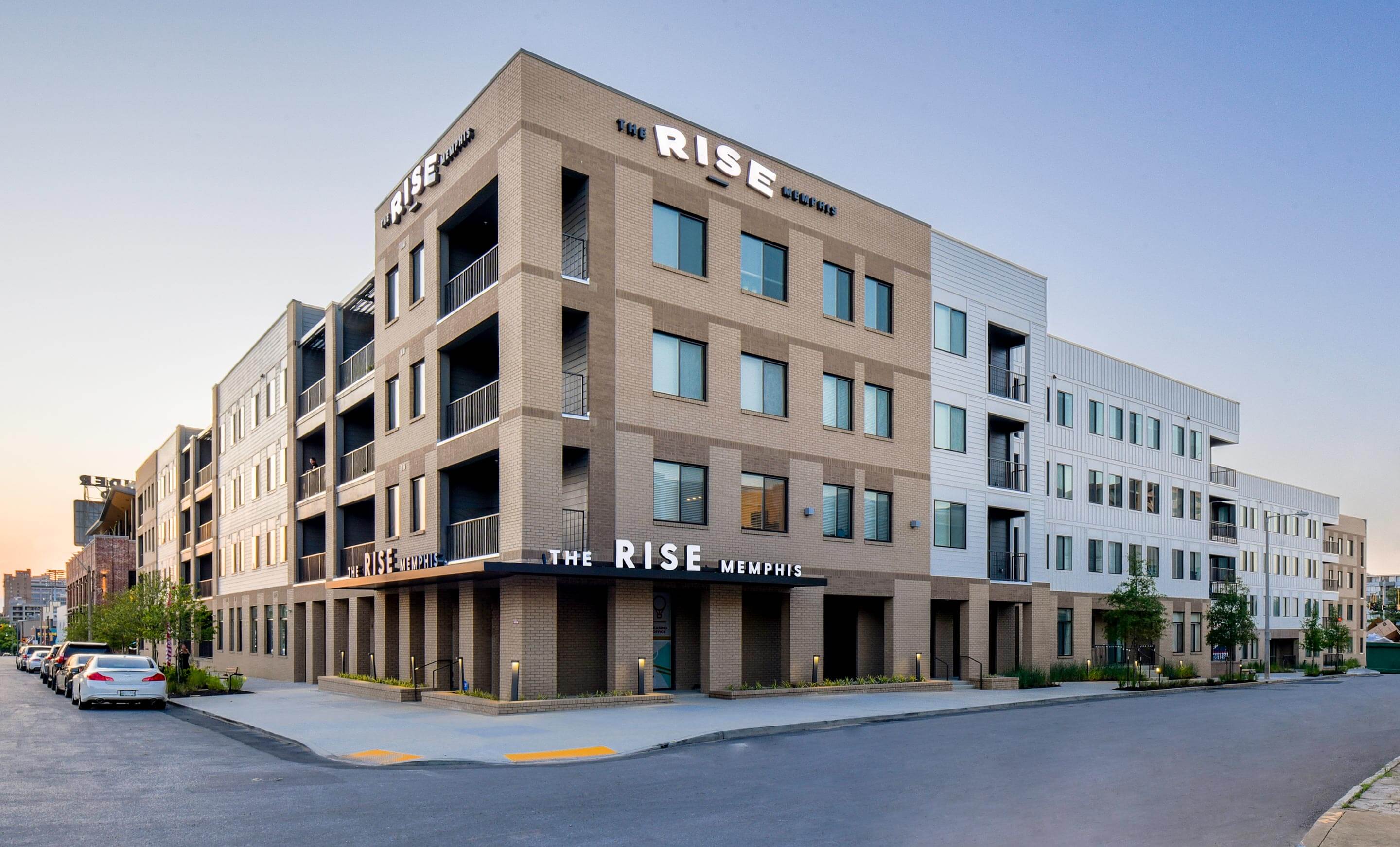 For several decades, the Edge District in Downtown Memphis, Tennessee, was a bustling manufacturing and automotive services neighborhood.

For several decades, the Edge District in Downtown Memphis, Tennessee, was a bustling manufacturing and automotive services neighborhood. As businesses closed, the area was left with mostly blighted properties awaiting transformation to a new life. The location of a multi-family complex in the Edge District was once, a few years ago, a stretch of the imagination.

As the Memphis metro area began to grow and change, DSG saw the Edge District’s potential for a luxury apartment facility. DSG oversaw the reconstruction of the former historic Wonderbread Factory. One part of the factory became a commercial office that houses Orion Federal Credit Union’s headquarters, and the other part was transformed into The Rise Apartments. The apartment building includes 200 upscale units, ranging from studios to two-bedrooms, and a 480-space parking deck and garage for residents, nearby commercial tenants and the general public. Offering the feel of a boutique hotel, the facility’s amenities include a resort-style pool and outdoor lounge, a well-equipped fitness center and a multi-activity community club room.

In addition to its location within walking distance to the FedExForum and AutoZone Park, The Rise is centrally located to a high density of job opportunities, from the vibrant downtown core business district to the ever-growing Memphis medical district, making the neighborhood optimal for young professionals.

The Rise Apartments is only one project of several other redevelopment projects in the Edge District led by DSG.